On Monday 21st September, Rt Rev Dr Angus Morrison and Mrs Marion Morrison attended the Argyll Presbytery Conference at Portavadie Marina.  Dr Morrison was the keynote speaker, addressing the Conference on “The Renewal of the Church for Mission”.  The conference also included a review of Youthwork in the Presbytery, and a presentation from Prof John Spence, of Strathclyde University, on “Grasping the Nettle:  The God Question”. 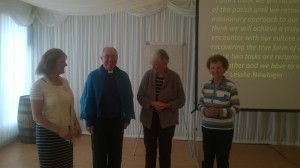 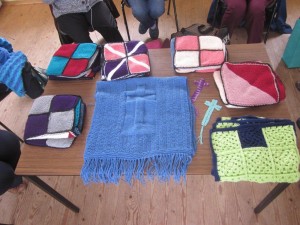 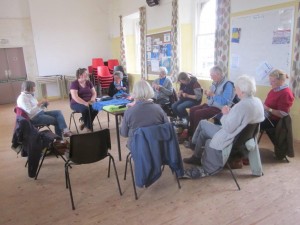 At the tea break, the Morrisons and the other delegates all sampled Isle of Mull “Scottish Antler” tea, grown on a croft in South-East Mull by Rev Liz Gibson and her team.  In the first photo, Liz has just poured a cup of tea for the Moderator. Also shown are some packets of Scottish Antler tea in their pouches. 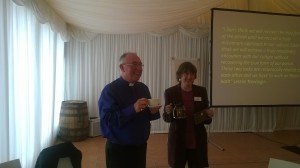